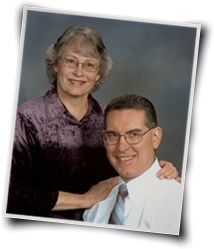 Gay has distinguished herself as wife, mother, homemaker and provider of child care to dozens of children not her own, but for whom she cared as though they were. Gay has always taken seriously the sacred trust to “train up a child in the way he should go”. Some of the children she nurtured still regard her as their “second” mom.

Following Steve’s graduation from Michigan State University, where he was named “distinguished military graduate”, he served four years as a finance officer in the U.S. Army at Fort Knox, Kentucky. Steve and Gay then purchased and operated a hardware and furniture store in Hawesville, Kentucky, a small town on the Ohio River about 100 miles west of Louisville.

In the early 1980’s, Steve went to work for Texas Gas Transmission Corporation in Owensboro, where he soon came to be known for his skill as a master negotiator. As Texas Gas was bought and sold over the years, Steve was asked to lend his expertise to the negotiation of strategic contracts to leverage the buying power of the conglomerates that became the corporate parents of Texas Gas. Later, as Senior Manager of Strategic Sourcing for The Williams Companies, Inc. in Tulsa, Oklahoma, Steve was responsible for the negotiation and implementation of many contracts that together resulted in savings of tens of millions of dollars for Williams.

Always the good steward of what our Lord has entrusted to her, and with a heart for His work, Gay one day asked Steve, “Do you suppose you could help me do that for the churches?” Trinity/HPSI is one result of that inspiration, enabling not only churches, but also camps and other organizations to acquire foodservice and many other goods and services at pricing levels normally available only to very large organizations.